Anyone who is intensively involved with performing music from before the 1800’s at one point runs into the issue of key characteristics.
What is their significance? How do we deal with them?

When I look around, I see roughly two directions: those who believe in it through thick and thin, but don’t really figure it out, and those who shrug their shoulders.

We cannot refrain from assigning all kinds of properties and meanings to anything and everything that they do not always have: (images of) animals, flowers, trees, stones, colors, numbers, planets and stars, tools, gestures , uniforms, flags etc.
Meaning is a human activity. Although. Think of the dogs of Pavlov.

In many cases, meaning is so self-evident and inextricably interwoven with our daily lives, that we will have difficulty in realizing and (in some cases) accepting that meaning is always relational, meaning is not intrinsic to things themselves. We give meaning, even if not consciously or as an individual. Usually it is about traditions. The origin of traditions can rarely be traced. By keeping ourselves to certain traditions, we nurture those traditions and therefore we maintain them, they remain valid for us.

So when an author – for example Johann Mattheson – assigns a certain characteristic quality to a key, we would do well to formulate it differently. E-minor or f-minor is not sad by itself, but e-minor or f-minor is used by the composer for mourning and sad pieces of music. C major is not joyful by itself, but traditionally the composer prefers to use the key of C major for a joyous play.

This way we avoid a lot of problems, such as limiting the key characteristics to keyboard music by linking them to temperament (meantone, Rameau, Werckmeister etc.), the coupling to an absolute pitch which was unknown before the 1800’s, the contradiction that arises when we play suites, in which each dance also has its own character and the problem that different authors from different time periods indicate different characteristics for the same key.

Johann Mattheson and the musical instruments 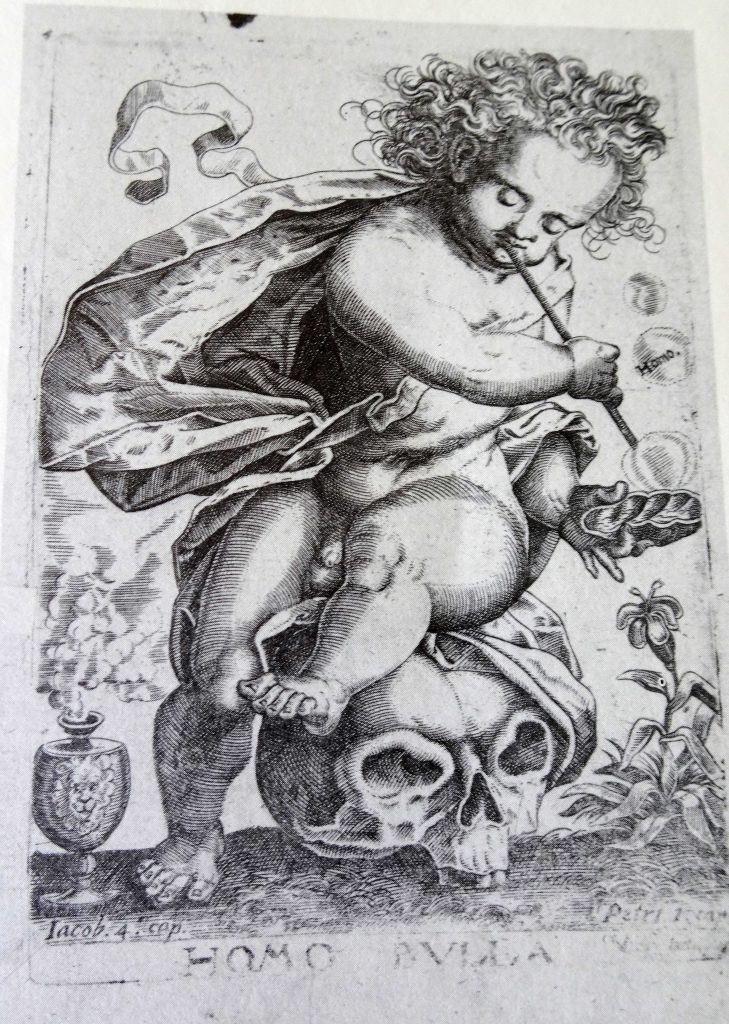 Especially in the Low Countries, Germany and France there were also booklets with pictures (woodcuts, engravings), with accompanying explanation (spell or text), the so-called emblemata booklets.

Interesting sites in this regard: