Yet it is possible to make some recommendations.

The main recommendation: do not start running like a headless chicken but make a plan. Do not attack the task without thought.

Try to get a general understanding by playing through at a relaxed tempo. This is necessary to see whether further study is worthwhile and to estimate how much time you think you would need. See Adagio. Do this several times if necessary.

aybe you know a piece already from hearing it. That can be an advantage. But playing the piece itself is still a different matter.

After this introduction comes a time when you’ll have to study parts. This is necessary to feed the implicit memory. One also refers to this as to automate. Not an adequate term because it is often understood as thoughtlessly repeating the piece over and over.

I would also like to recommend an investigative approach when practicing. Then the mind remains more open to new discoveries, experiences and adjustments. So, examine the cohesion, study, explore and unravel the directions from the notes and fingerings, movements, dynamics and timing.

After the first encounter determine which part of the piece you are going to study the next quarter or half hour. Divide that selected part in fragments as much as possible, showing a musical context. You can always, if necessary, devide a chosen fragment into smaller fragments to study.

First, the studied fragments are to be eventually linked to each other.

Therefore. When you study measure by measure, study the measure plus the first part of the next measure.

Study in the tempo that seems right to you at that moment when working from the end to the beginning. Moreover, there are many correct tempi.

The advantage of this approach, for example in a fugue: you have gained insight while studying the character of the theme because you know what the composer did with the fugue theme. This understanding can greatly differ from the first impression you had of the theme.

Minimize making notes while studying, or in other words, try to make as little permanent as possible. A scribbled notes text looks very serious. However, it is a stay of execution. The fact that all sorts of evidence on paper is not important. While playing you have no time to read all those notes again. You need to have acquired all your directions during practice (have stored in the implicit memory).

Occasionally check for example the jaw, neck muscles and shoulders in the presence of tension. Part of musicality is in the flexibility of playing movements. To move harsh and inflexible sounds harsh and inflexible, move flexible and your play sounds smooth and fair. The musical imagination, however fantastic, cannot succeed alone.

Hands separated. This is highly recommended when studying fragments (not for studying larger units). It simplifies temporary tasks and therefore saves energy. This study method can only be applied where the duties of the hands are clear. This is certainly not the case in (polyphonic) fragments where the tones from the inner parts are at one time played with the left hand and the other time with the right hand. Sometimes it is a single note/tone.

In pieces where the inner parts are often divided over the two hands, the grips (the vertical aspect of the music) require more attention. Generally speaking. The more polyphony and the more voices in one piece, the more attention we need for what sounds simultaneously, for what is on the top and the bottom.
The tones/notes that should sound simultaneously must also be deliberately performed as a grip. There are several possibilities: should the tones be performed with the precision and grudge of a guillotine – or is some inequality and mildness desirable. 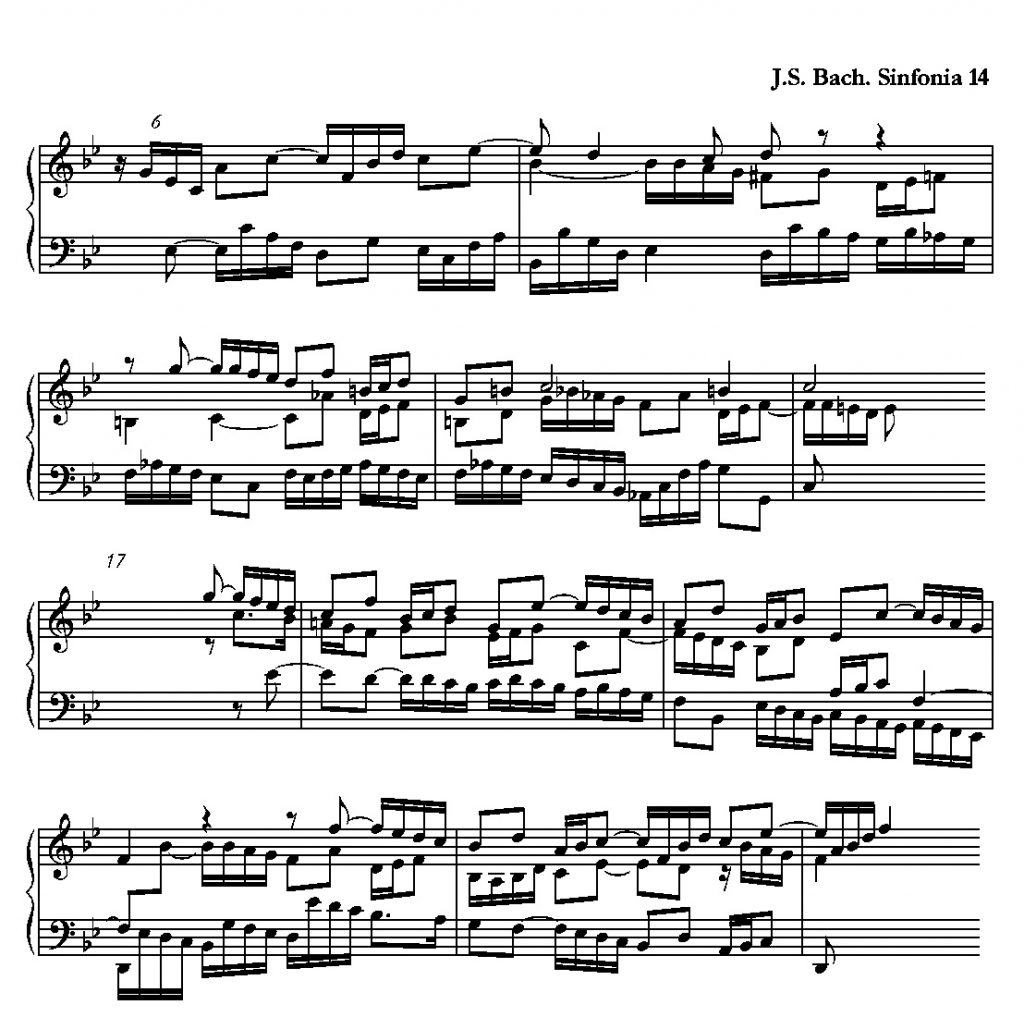 Attention to the harmonies – grips – has another advantage. It gives rest to the playing, it gives a sense of accuracy and it also prevents you looking too far ahead, while tripping over your own fingers. You always know where you are. Curiously, from there you can also pay more attention to the linear aspect of the music, the polyphony.

Studying hands separately is not the same as studying voices separately.