I wrote the text below as explanatory notes to two concerts I gave in 1982 in the Église Wallonne in Haarlem. On both occasions works by Haydn were played. On one occasion performed on harpsichord, other times on fortepiano. 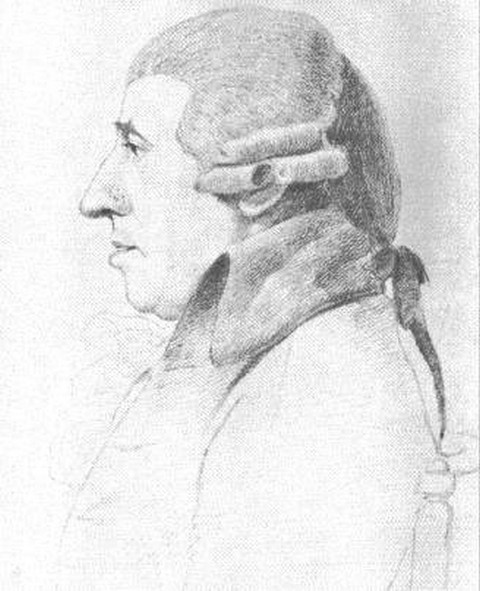 With numbers 20, 22, 23, 25 and 52 an autograph was transposed and were signed: “In Nomine Domini,” “di me Haydn Giuseppe” (follows the year). Above Sonata 20 can be read: “Sonata p.il Clavi Cembalo”. Above the series of six sonatas from which the numbers 22, 23 and 25 were chosen for these concerts can be read: “Sei Sonata per Cembalo”. In the heading of sonata 52 no instrument is mentioned.

That is one of the questions one encounters when performing keyboard music from the last quarter of the 18th century. The 18th century does not answer this question. The autograph of the “Sei Sonate per Cembalo” from 1773 only mentions the harpsichord. Also the editions of these “Sei Sonate” from 1774 by Hummel in Berlin and Amsterdam and by Kürzbock in Vienna only mention the harpsichord in the title. This collection of sonatas was released again in 1781. Now by Longman and Broderip in London. The titel of this publication, “for the Forte Piano or Harpsichord”, leaves the matter undecided. In 1783 these sonatas were published again in London. This time by Birchall. The title mentioned only the harpsichord.

It took quite a while before the fortepiano gained traction in the 18th century. The first real piano music is written by Giustini, published in 1732 in Florence, approximately 23 years after Cristofori worked out the idea of the fortepiano. Well known is the story of J.S. Bach, who, in 1747 at the court of Frederick the Great, played the Silbermann fortepiano’s, which he did not find satisfactory in all respects.

Quantz (1752) and C. Ph. E. Bach (1753) were very positive about the fortepiano. From this we can conclude that either the fortepiano in was much improved in 5 to 6 years – which is not impossible – or that these two authors did not want to offend their patron, Frederick the Great. The fact is that C. Ph. E. Bach continues to write “fürs Clavier” i.e. for clavichord. Only in 1780/83 the “Clavier Sonaten (und freye Fantasien) nebst einigen Rondos fürs fortepiano” appear.

In 1777 Leopold Mozart heard from his wife that in Mannheim, where the orchestral crescendo was “invented”, the forte piano was used widely. From this one can sense this instrument was still a rarity in Vienna. For example, it took until the year 1782/85, before Wolfgang Amadeus Mozart owned a fortepiano.

Concerning Haydn the story is not entirely different. The scant evidence suggests that the Esterhazy family had no fortepiano before 1781. Only in 1788 Haydn becomes the owner of a fortepiano. This was probably a square piano produced by the Viennese piano builder Johann Schantz. In a letter of the 20th and 27th of June 1790 to Frau von Genzinger, Haydn writes: “Euer Gnaden Solten Ihren zwar sehr guten Flügl (harpsichord) der freylein Peperl überlassen, und fur sich ein neues Fortepiano einschaffen”. At that time the 18th century is almost closed.

There also has been a harpsichord preserved that belonged to Haydn. It is now in the Kunsthistorisches Museum in Vienna. It was built in 1775 in the workshop of Burkat Shudi and John Broadwood. For a harpsichord a “late” instrument.

What possibilities did this instrument offer?

2 Manuals (5½ octaves). 2×8, 1×4. Lute (nasal). Buff (Lautenzug or sordino). Machine (apparatus to operate the registers with the foot). And finally, a possibility to be able to make a dynamic and crescendo or diminuendo: the so-called Venetian Swell (a framework over the soundboard and strings, in which movable lamellae were applied, similar to the swell box in an organ). 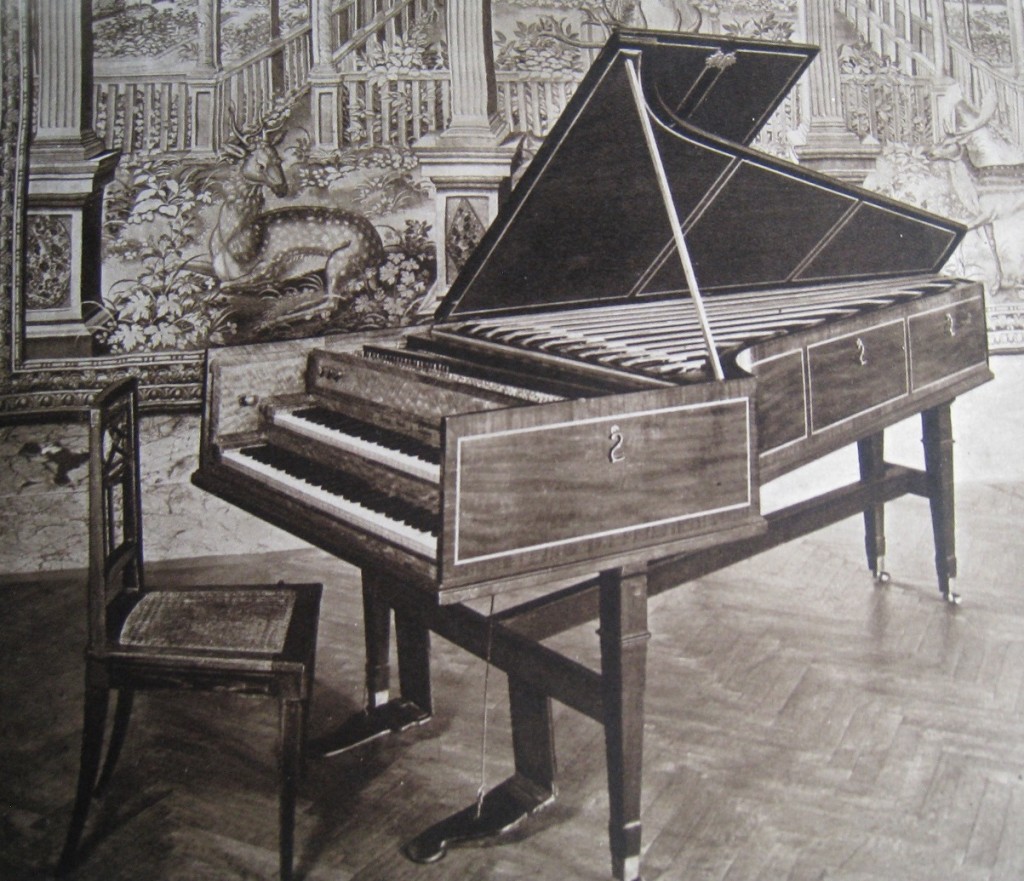 Since we do not have access to a harpsichord fitted with a Venetian Swell at these concerts, there was another solution to be found for the nuances in dynamics. Examples thereof were found with C. Ph. E. Bach in his Württemberg and Prussian sonatas: frequent keyboard switch. That problem can thus be solved in artistic and historical responsible manner.

The problem “harpsichord or fortepiano” remains standing. We have already seen that the titles of autographs and old publications offered us no help. However, neither does the solution lie in the following thought, which is quite often taken as a starting point: early work on harpsichord, later works on fortepiano. The fact is that the early works of Haydn, a late bloomer, are nothing more than early attempts to give the new style – the Viennese classical style – shape. In any case, these works are highly dependent on the external dynamics, in other words the momentum made by the player. And that can only be played to that extent on the fortepiano or clavichord.

However, the more mature works harbour sufficient dynamism. The drama is fully composed in the work . These compositions are saturated with harmonics and modulation. The syntax of the later works is infinitely more diverse than those of the early works. Works from the more mature period therefore set off to more advantage on the harpiscord than the early works. But it is not so that it would apply to all subsequent works.

When is a performance on the fortepiano preferable to a performance on harpsichord? When there is a lot of rhythmic moving aliquots: repeating tones in thirds and sixths, repeated broken harmonies (Alberti or Albertian figures). These have an uncontrollable urge to dominate on the harpsichord

One choses the fortepiano also on the basis of fragments in which the solo voice is expressive but rhythmically poor, while the accompanying harmonies are rhythmically agile but melodic, contrapuntally poor. The authentic sforzati markings, signs for crescendo, diminuendo and superlative forms fortissimo and pianissimo, and the term “open pedal” (senza sordino) also point to the fortepiano. In other cases practice decides, for instance with a comparison of the same piece for harpsichord and fortepiano. . . Experientia. . . One does find oneself in a place where one can talk about taste, but cannot argue about it. . . et Libertate.

Some criteria can be drawn up here, but these are less technical in nature than the above. These criteria are circling this one fact: the dramatic action, a core concept of the mature Viennese classical style. The point is not to present the masterpieces of this period as an entertaining, but otherwise meaningless patter or chat. The question for the performer is always how the drama of this or that piece can best highlighted and which instrument is most helpful for this. In one case, the harpsichord, in the other case the fortepiano. The historical authenticity is a technical tool to achieve an artistic authenticity, anno 1982. Always. Without exception.

NB Experientia et Libertate. This motto was on the inside of the lid of my harpsichord.