While searching for music from the 17th century suitable for clavichord, we normally arrive at composers from the Germanic countries, Spain and Portugal. It is not obvious to have a look at the French composers.

However earlier this year, while studying the eight preludes from L’Art de toucher le claveçin (1716/ 1717) by François Couperin on my clavichord, I noticed how well these works sounded.

Moreover, sometimes I felt like I was playing Bach. Sebastian Bach that is.

Prerequisite is that you can play these works on an instrument with the range of FF-f’’’, with an open and spacious sound. Koen Vermeij (Aerdenhout) had built such an instrument, rich in harmonics and overtones, for me in 1985. It was fashioned after an instrument by Christian Gottlob Hubert (1714–1793).

With both François Couperin (1668-1733) as well as the 17 years younger Sebastian Bach (1685-1750) it seems that the harmonic background (the consecutive chords, the basso continuo) has a life of its own. Furthermore, the basso continuo is rich in surprising twists and thrilling discordants with these composers. The intervals from which patterns and themes are constructed (the contrapuntal fabric) join these harmonies smoothly.

The music of both François Couperin and Bach is built with powerful rhetoric. Both colleagues obviously have generously used the rhetorical figures available.

In addition, the harpsichord compositions by François Couperin have a distinct intimate character. That just makes them all the more suitable for clavichord. Incidentally, comparisons with playing the lute (also as intimate of tone) can be found regularly in French texts on harpsichord playing.

The abundant use of ornamentation should not deter us. Emanuel Bach, widely recognized clavichord specialist, knew what to do that.

To illustrate the above: Besides the eight preludes, Couperin also composed an allemande for L’art de toucher. For reference, please see below. If you did not know any better, you would not hesitate to attribute this piece to J.S. Bach. 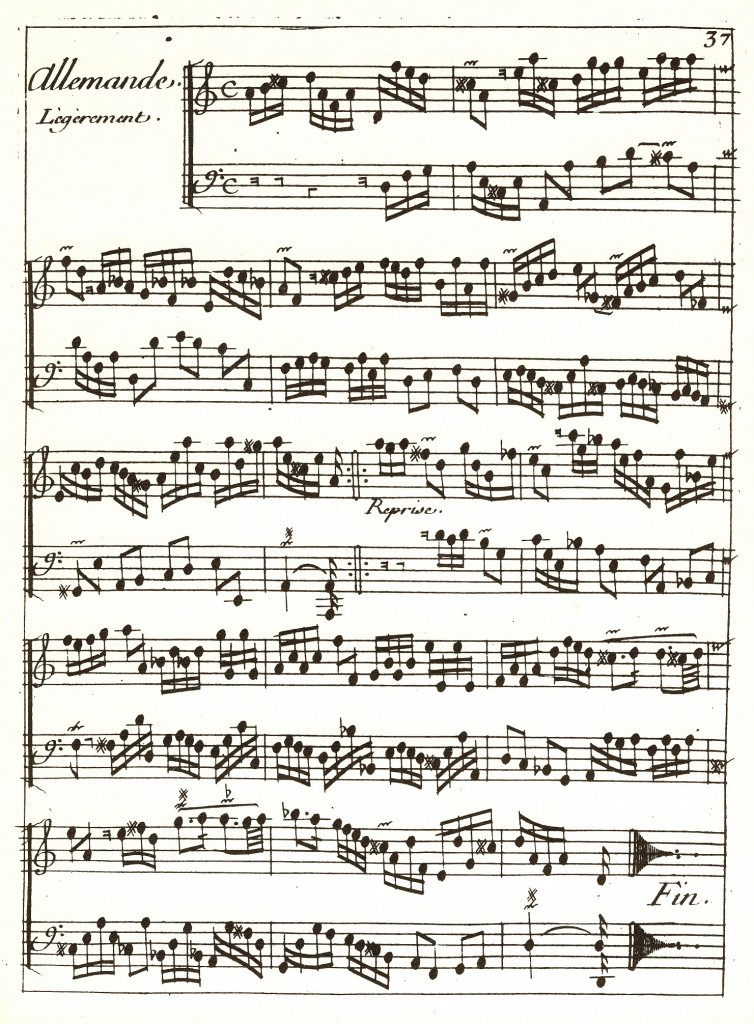