Often I could not meet that instruction, or only with great difficulty. In those cases the factors were, among others, the rather compact notation (texture) and rapid changes of harmony (rapid harmonic rhythm)

April 1972 I found by chance, in the music store located at the Ferdinand Bolstraat in Amsterdam, a possible solution to this problem. When browsing the Dictionnaire de Musique (1703) by Sebastien de Brossard I read (besides many other interesting things) that Italian assai according to some, was also used to mitigate the allegro, adagio, presto etc.

Johann Gottfried Walther shares this view in his Musikalisches Lexikon (1732) and shows that the Italian assai also can be read as the French assez i.e. sufficient.

In his Dictionnaire de Musique of 1768, Jean Jacques Rousseau shows us that Brossard completely misses the point when he claims that assai also might mean assez.

Linguistically Rousseau may be right, but not practically.

The following examples demonstrate that other musicians agreed with the explanation of Brossard.

Daniel Gottlob Türk. Klavierschule. 1789. Pg. 116. Here is genug (enough) is given as the only translation of assai.

Heinrich Christoph Koch. Musikalisches Lexikon. 1802. Here assai translated as sehr, oder genug (very, or enough). However from the subsequent examples it appears that the translation sehr (very) is preferred. 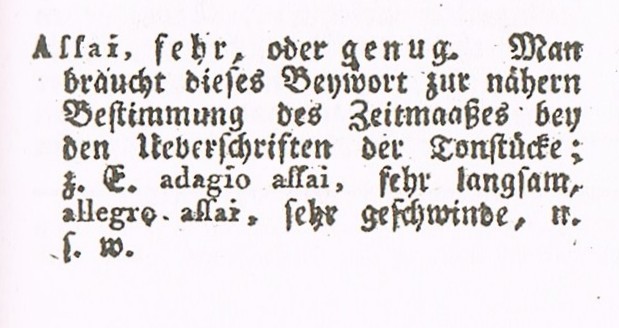 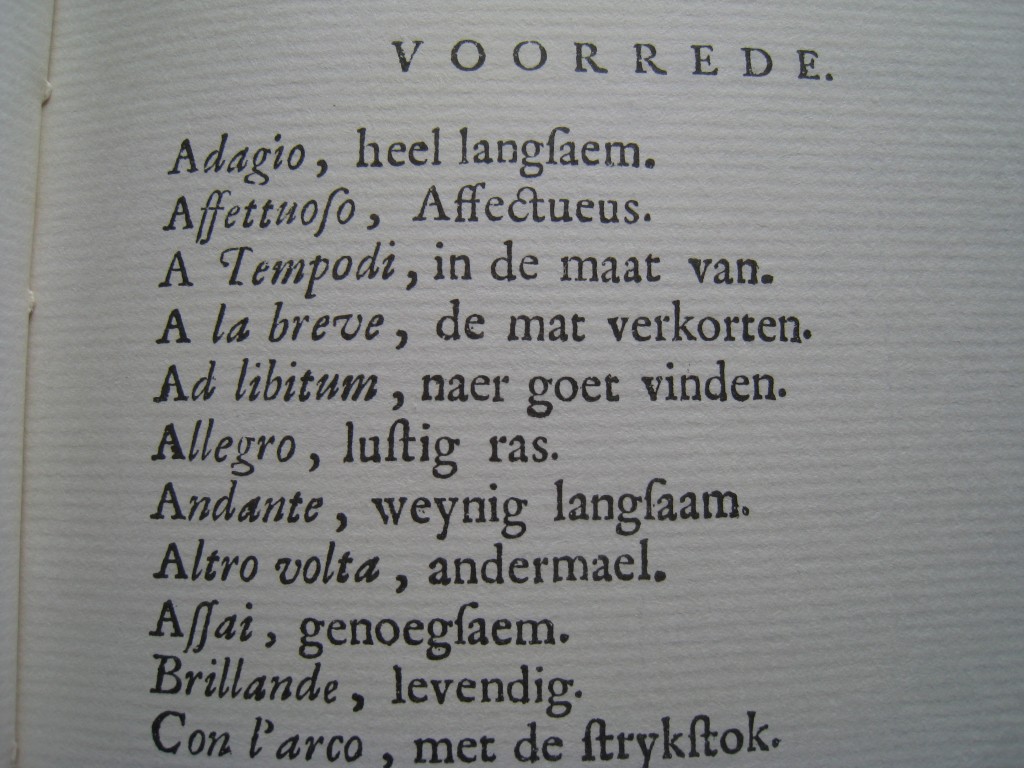 We do well in my opinion to consider both possibilities.

For all those who want to know:

The table I was shown when I entered the word assai in Google Translate. Enough is also indicated there as a possibility.